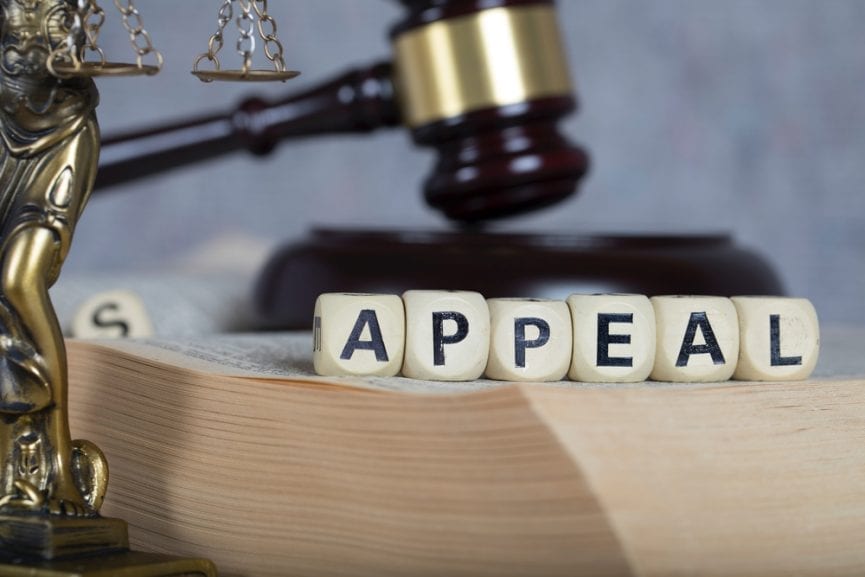 Criminal Appeals Attorneys Tania Alavi & Andrew Pozzuto will fully analyze your case to determine what appellate issues exist. We are Florida appellate attorneys who have proven trial and courtroom experience as well as the trained legal eye to extensively research and examine the details surrounding your Florida conviction.

Florida Criminal Appeals is a specific practice area requiring the skills to thoroughly and deeply investigate a judge’s ruling or your conviction in a criminal case.

Don’t give up your rights to an appeal!
In Florida, you have the right to an appeal a conviction after a trial regarding Sentencing or Scoresheet mistakes, Discovery Issues, or rulings related to Defense Motions.

Being convicted of a crime in Florida has serious, life-changing consequences that will affect your liberty, your finances, your ability to work, your family, your education, where you can live, and many other aspects of your life.

You deserve to have your case carefully analyzed for appellate issues that may have unfairly contributed to your conviction.

If you have been convicted of a Florida Crime and feel there were mistakes and legal issues in your case that must be closely examined, contact Criminal Appeals Attorneys Tania Alavi & Andrew Pozzuto with The AP Law Group immediately. Call (352) 732-9191.

Don’t wait. You have a limited time to file an appeal in your case. Defending your rights, reputation and liberty begins with Florida Attorneys Tania Alavi and Andrew Pozzuto.

The Different Types of Appeals in Florida

The term “appeal” is often used by non-lawyers to generally describe any form of relief that is sought after a defendant’s case has been resolved, whether by jury trial or plea. Generally speaking, there are four main categories of “appeals.” They are Direct Appeals, Post Trial Motions, Post Conviction Relief or Writs.

HOWEVER, there are three exceptions to this time limitation. They are as follows:

In some cases, if an attorney recognizes the client’s case is severely prejudiced or even destroyed without an immediate action, an extraordinary writ may provide the necessary relief as described in Florida Rules of Appellate Procedure 9.130.

Writs are extraordinary court orders and only issued when a person seeking the writ has no other options. Unlike appeals, which require a final verdict, writs are immediate orders and extraordinary in that the normal course of a trial is disrupted, potentially causing disorder and delay. Courts do not issue writs often. A court will only issue a writ when a lower court wrongly decided an issue, irreparable harm would occur to a party, and there are no other options.

A petition for writ of certiorari is a formal legal request for a court to review county, municipal, or state agency orders; orders of circuit courts acting in their appellate capacity; and orders of lower courts not subject to interlocutory appeal under Florida Rule of Appellate Procedure 9.130(a).1 Certiorari is the most frequently used writ to review orders that cannot otherwise be directly appealed to a higher tribunal.

A writ of prohibition enables an appellate court to prevent a lower court from further exercising jurisdiction in an action. Generally, it cannot be used to remedy an act that has already happened.

A petition for writ of prohibition is generally used to challenge the denial of a motion to disqualify a judge or to prevent a court from acting when it has no jurisdiction. For example, in criminal law cases, the writ of prohibition is used to protect a criminal defendant’s constitutional right to speedy trial; to prevent an accused person from being placed in double jeopardy when an appeal would not provide full relief; and to prevent a criminal prosecution when the statute of limitations has already run.

A writ of mandamus compels a lower tribunal or government official to perform an act required by law, when a judge or official has refused or failed act. For example, a writ of mandamus may be used to compel a trial judge to rule on a pending motion; to submit certain issues to a jury, and to enforce another state’s judgment of child custody. Additionally, appellate courts have issued writs of mandamus ordering circuit court clerks to perform ministerial duties or government officials to comply with ordinances and rules. Writs of mandamus may also be used to require private corporations to perform ministerial corporate acts.

While Florida Rule of Criminal Procedure 3.850 has replaced the writ of habeas corpus in many circumstances, the writ is still widely used to obtain the release of a person who has been illegally detained or restrained.

A petition for writ of quo warranto is used to contest the authority of public officers or to require agencies to take official action.

In addition to their jurisdiction to issue the above writs, the Florida Supreme Court, the district courts of appeal, and circuit courts are constitutionally empowered to issues all writs necessary to complete the exercise of their jurisdiction. Whether you have grounds for an appeal is a complex, legal question. An experienced criminal appellate attorney must analyze your case and determine any legal issues that may be appealed. Please contact Tania Alavi & Andrew Pozzuto with The AP Law Firm immediately.  Call (352) 732-9191.