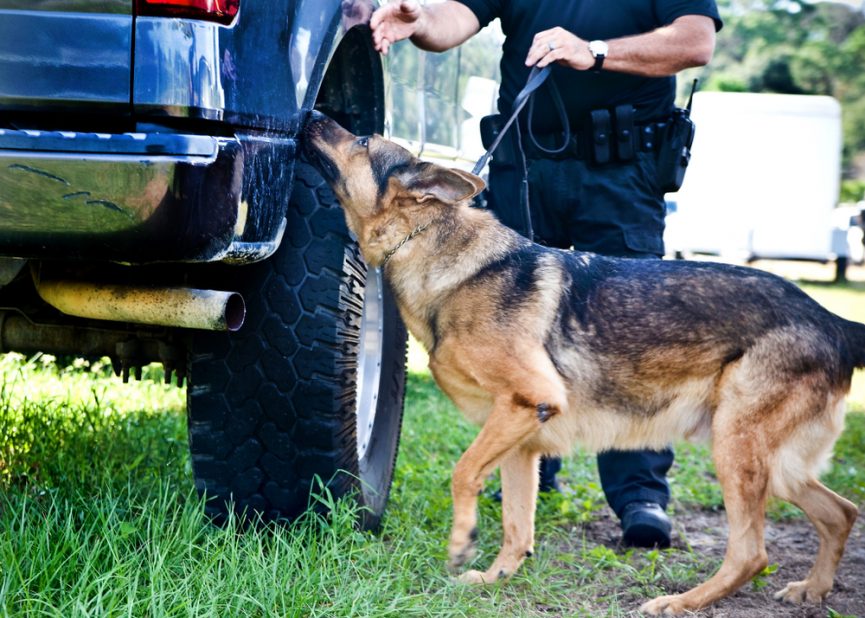 Drug detection dogs are deployed in a wide range of law enforcement operations. They are often present at schools, airports, security checkpoints, traffic stops, stadiums, theme parks, festivals, and other venues. In Florida, dogs help to apprehend suspects through tracking and searching, evidence location, drug detection, and search and seizure operations. Their strong sense of smell is a powerful resource in the detection of illegal substances. When trained, they can detect the smell of marijuana, cocaine, heroin, methamphetamine, opiates, ecstasy, and LSD.

Drug sniffing dogs are a valuable tool for law enforcement, but they are not perfect. Multiple studies have shown alarmingly high error rates. Unfortunately, a lack of training, testing reliability, and certification standards for drug detection dogs lead to false positive alerts. A false alert lends to the innocent being subjected to an unjust search that is traumatic and humiliating.

The U.S. Constitution’s Fourth Amendment protects persons from unreasonable searches and seizures. Many believe that an arrest based on probable cause provided by a canine officer violates their rights. Drug detection dogs have been controversial in the United States legal arena for many years, as searches occur without a warrant. Civil rights activists claim that the handlers’ behavior influences narcotic detection dog responses.

The National Institute of Justice conducted a study in 2008 and reported that drug-sniffing dogs are more likely to alert when they are not adequately trained. The study found that dogs not trained to distinguish between drugs and other things were more likely to alert even when no drugs were present. It suggests that drug-sniffing dogs can only be reliable if they are appropriately trained.

A study by the American Civil Liberties Union in 2006 found that drug-sniffing dogs were accurate about 70% of the time. This study also suggested that dogs may be biased against minorities. Studies that are more recent have reported higher error rates, suggesting the dog’s error rate can exceed 50%.

Grounds to Challenge an Arrest:

If you face drug charges, The AP Law Group can examine the evidence for weaknesses in the prosecution’s case against you. Given the controversial nature of narcotic sniffing dogs, under certain circumstances the evidence in your case may be suppressed. The AP Law Group provides quality criminal defense and is committed to finding solutions. Our attorneys are fierce negotiators and seasoned litigators with decades of experience protecting the rights of their clients.

Contact our Ocala or Gainesville, Florida offices to schedule an appointment with The AP Law Group at (352)732-9191. We handle all misdemeanor, felony, and federal crimes. We are here to help.