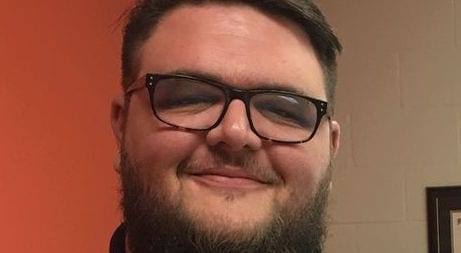 Jeff Gruver wants to be a good citizen. If only the state of Florida would let him.

Gruver, 33, helps run Grace Marketplace, a homeless shelter in Gainesville. He has a psychology degree. He’s studying for a master’s in social work at Florida State. A big strapping man with an easy smile, he’s proud of how far he has come so quickly. He can even vote, at least for now.

More than a decade ago, Gruver was a drug addict, sleeping “with one eye open” on a bare mattress in the Alachua County jail after his parents kicked him out. Addicted to heroin at 13 and unable to afford drugs, he stole money from his mother. He knew he had hit bottom the night he slept near a toilet and a cellmate, a homeless man suffering from alcohol abuse, urinated on his head. He pleaded no contest in 2008 to a single felony count of cocaine possession and spent 10 months in jail.

The long road back began with a job waving a going-out-of-business sale sign at an Albertson’s.

That’s the bad news. The good news is he got help and got clean. He strives to succeed. He works to end Gainesville’s homeless problem. Every day at dawn, he sees dozens of men and women boarding a bus to their jobs as landscapers, telemarketers and construction workers. “They’re just like me,” he said. “They’re human beings.”

“I’m a social worker,” he said. “I make subsistence wages.”

Gruver was ecstatic when Amendment 4 passed last November, restoring the right to vote to most felons barred from voting for life. That meant he could vote again. He registered in February and voted in a March city election.

Then the Legislature passed SB 7066, defining “all terms of sentence including parole or probation,” as the ballot question said, to include payment of fines, fees and restitution ordered by a court. The result is two groups of felons: one that can afford to vote and the other, including Gruver, that can’t. A “poll tax,” critics call it.

But the question as presented to voters last November did not define “all terms” to include fines, fees or restitution. It’s a huge leap of logic to assume that voters meant for that to be a requirement. The most precious of all rights — the right to vote — should never be decided by how much money someone has.

To further complicate things, the ACLU, in a “guidance letter” last December, said “all terms of sentence” included financial obligations, adding that “these financial obligations may include restitution and fines, imposed as part of a sentence or a condition of probation under existing Florida statute.”

Did the 65 percent of Florida voters who voted for Amendment 4 really intend for people like Jeff Gruver to remain disenfranchised solely because of an unpaid debt? I seriously doubt it.

Gruver is the lead plaintiff in a lawsuit by the ACLU and other groups seeking to prevent enforcement of SB 7066. Those groups say the law will cause “massive disenfranchising effect and sustained, and likely permanent, disenfranchisement for individuals without means. It creates two classes of returning citizens: those who are wealthy enough to vote and those who cannot afford to.” The suit says the poor and racial minorities will suffer most.

Gov. Ron DeSantis and Secretary of State Laurel Lee unsuccessfully tried to have the case dismissed in federal court. They want “all terms” to be defined by the Florida Supreme Court, where three of seven members are DeSantis appointees. In a letter to the Florida Supreme Court, DeSantis seeks an advisory opinion on what “all terms of sentence” means. DeSantis did not want this to end up in his lap, but here it is.

“I will not infringe on the proper restoration of an individual’s right to vote under the Florida Constitution,” DeSantis wrote in an Aug. 9 letter to Florida Chief Justice Charles Canady.

As Canady and his colleagues study the question, it’s inevitable that they will re-read the transcript of the oral arguments that resulted in the court’s approval of the ballot language. Three justices, two of whom are still on the court, specifically asked about financial obligations, and three times Amendment 4′s expert said they are included in “all terms of sentence.” Those exchanges, while interesting, should not be legally binding.

As these legal battles over Amendment 4 grind on, Jeff Gruver works to end homelessness in the town he loves, and has just one question. He asks: “You’re telling me I can’t be a contributing member of my community?”