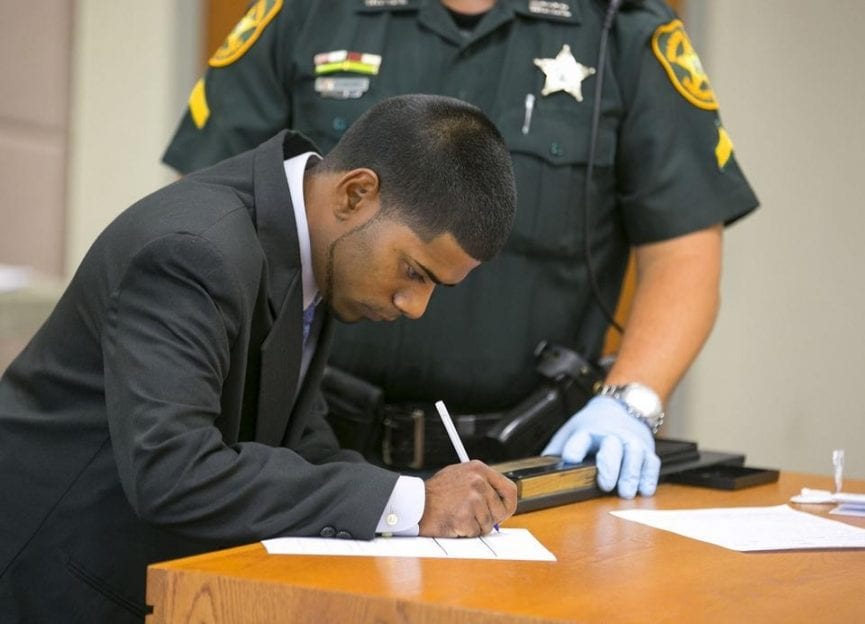 The man believed to have been behind the wheel in a 2012 single-vehicle crash that left three young men dead and a fourth seriously injured after the speeding car struck a tree and split in half has been sentenced to five years of probation.

The man believed to have been behind the wheel in a 2012 single-vehicle crash that left three young men dead and a fourth seriously injured after the speeding car struck a tree and split in half has been sentenced to five years of probation.

Andrew Walter Persaud, 24, on Monday stood next to defense attorney Andrew Pozzuto and pleaded no contest to felony DUI with serious bodily injury to another, before Circuit Judge Robert Hodges.

As part of a negotiated plea agreement with the State Attorney’s Office, the state agreed to drop Persaud’s other six charges — three counts of vehicular homicide and three counts of DUI manslaughter.

Killed in the Feb. 11, 2012, crash were Michael Seeram Ramdeholl, 23 of Ocala; Taylor Dean Scanlin, 24, of Fruitland Park; and Eric C. Baker, 21, of Summerfield. Nicolass Hans Bryon, of Belleview, who was 22 at the time of the crash, was seriously injured.

Baker’s mother and sister attended the hearing, watching silently from the gallery.

During the short change of plea hearing, Assistant State Attorney Toby Hunt told Hodges he has signed off on the case’s outcome.

“After great discussion and a lot of consideration, we believe it is in the state’s best interest,” he told Hodges.

In a case memorandum, Hunt explained that the case was reviewed in his office at a roundtable of senior assistant state attorneys.

“At the time, there was agreement that there was sufficient evidence to charge the defendant, but the case presented a significant number of issues that may make successful prosecution difficult,” Hunt wrote.

He cited little to no physical evidence that conclusively placed Persaud behind the wheel and the fact that when the car split in half all the occupants were ejected, which made reconstruction difficult. The state consulted with a traffic crash reconstructionist, who said that since none of the occupants was wearing a seatbelt, he could not use their injuries to recreate with any certainty their seat in the car. A witness who spoke with investigators claimed that Persaud was the only person who ever drove the vehicle, which contradicted other evidence in the case.

“Although it is on many levels an unsatisfactory resolution, based on the tenor of the case at the present time such a plea would at least hold the defendant partially responsible for his actions in this case, albeit with a less strict punishment than the families of the victims and the undersigned would prefer,” Hunt wrote in his memorandum.

In the early morning hours of Feb. 11, 2012, Persaud and a group of young people left the Ocala area, where they had been visiting local bars, according to witnesses. Persaud was driving a black Honda Civic with passengers Scanlin, Baker, Ramdeholl and Bryon, destined for Ramdeholl’s residence.

According to witnesses, Persaud was increasing and decreasing his speed appearing to invite a race.

The car was traveling at 74 mph on County Road 464 just east of Midway Road in Silver Springs Shores, where the speed limit is 55 mph. The roadway was wet and there is evidence a light rain was falling at the time.

Persaud lost control and the Honda crossed the eastbound lane and went onto the south shoulder, rotating clockwise, according to a witness.

The car overturned and the passenger side struck a tree before the car continued east, where it struck another tree, which split the Honda in half. All five occupants were ejected. The front part of the car came to rest near the former Blockbuster Video and Domino’s Pizza, while the rear portion stopped on the south shoulder of CR 464.

Persaud and Bryon, who were found near the front portion of the car, were taken to UF Health Shands Hospital in Gainesville.

The investigation concluded there was no evidence to suggest either a tire or mechanical failure occurred.

The State Attorney’s Office discussed the case’s outcome with the victims’ families before the change of plea hearing.

“Compromises may be distasteful, but the bitterness of this compromise is far more palatable than the defendant having no consequences for his actions, which would be a very real possibility here, should the case proceed to trial,” Hunt wrote in his memorandum.

In addition to the probation, Persaud must pay a $1,500 fine plus other court-related costs, complete 100 hours of community service, will have his vehicle impounded for 10 days, his driver’s license revoked for three years and must submit to random drug and alcohol screenings. 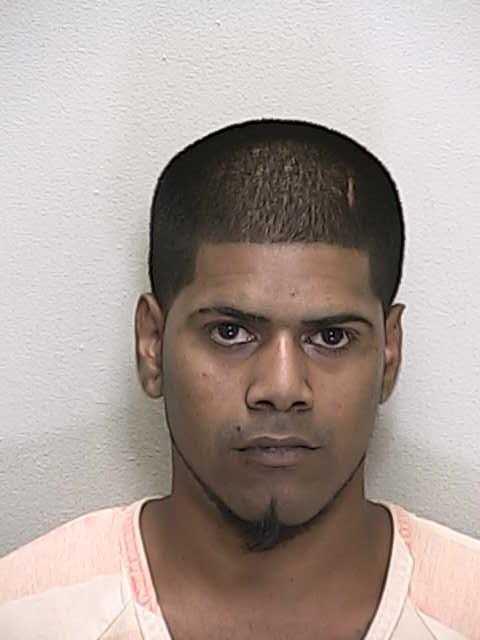