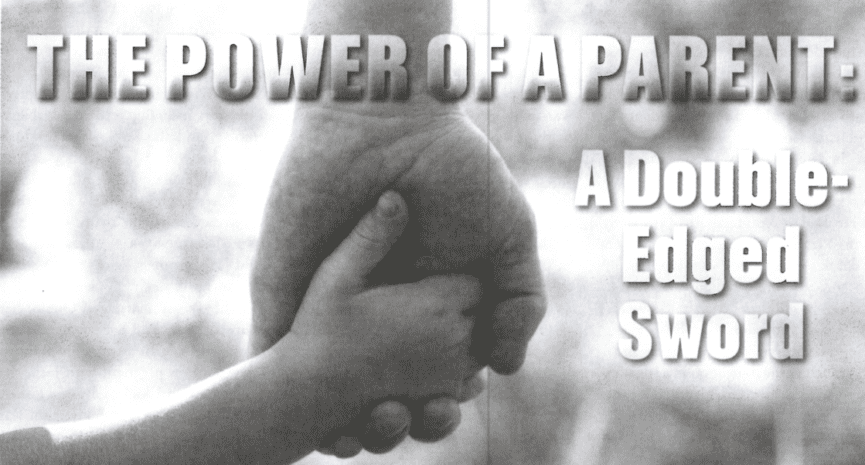 At a very young age I learned about the catastrophic results that occur when life, liberty, and property are taken away by those in power without any formal process. My family was from Iran and when the revolution broke out my great-uncle who was Commander in-Chief of the Islamic Republic of Iran Navy was arrested, accused of being an American spy and confined for over two years without trial. My mother’s family land that had been owned for generations was taken away. Family members fled the country and when my uncle was finally released, he suffered the rest of his life in mental disrepair.

My mother and father had previously emigrated to the United States in the 1950s. They were both doctors, and while my father was one of the top cardiovascular and thoracic surgeons, it was my mother’s quiet dedication to the care and protection of children that spoke to me. She served as a pediatrician, with a sub-specialty in adolescent medicine, to the under privileged youth in the Greater Pittsburgh area.

My mother made it a point to stay open past normal business hours to make it easier for working mothers to bring their children in, all while still finding the time to raise myself and my brother. Some of the children she saw, however, were mistreated and neglected and my mom found herself testifying in court on domestic violence and child abuse cases. My mom saw the legal process produce successful results for her patients, but often times there were failures and children suffered because of it. Despite experiencing disappointment with the system, she remained steadfast to serving those less fortunate for over 40 years.

When I began at the University of Florida I wanted to follow the career path of my parents and enrolled as a pre-medical student. In my final year, I began an internship in the investigative unit of the Eighth Judicial Circuit Public Defender’s Office because I was interested in being a medical examiner. While there, I realized that a career as an attorney would allow me to serve others by maintaining and perhaps improving the integrity of this country’s system of laws. Interestingly enough, Florida Attorney General Pam Bondi was also an intern alongside me. While we probably both had the same altruistic aspirations at the time, and still do, our career paths certainly would suggest an ideological divergence on how to achieve a greater good.

In 1997, I began working on death penalty cases. My first trial as co-counsel was with quite a zealous lawyer, Ron Fox. It involved the beating death of an elderly retired teacher for troubled youth. Four teenagers thought they were burglarizing an empty home when they discovered the victim still there.

Back in those days, the use of mitigation specialists was not the standard operating procedure and I did much of the mitigation investigation myself. This involved spending count less hours with my client and his family members. His mother was the victim of domestic violence through the majority of his childhood. When she took the stand in penalty phase, she kept looking out the window of the courtroom door as she told the jury about the countless beatings that she endured at the hands of her husband that her son witnessed. When I inquired as to why she kept looking in that direction, she explained that she was afraid because her husband was outside the door looking in and watching. The jurors came back with a sentence of life.

It occurred to me that I was working with the end result of some of the children that my mother cared for. My clients were victims of abuse, poverty, mental illness, drugs, and neglect, among other things. Proponents of the death penalty always ask “whatever happened to personal responsibility?” What they don’t under stand is that while my clients may (and I say may because of what we understand about the genetics of mental illness and exposure in utero to trauma and toxins) have been born into this world unetched, the worlds they were born into surrounded them with the canyons of wounds of their mothers and fathers. Societal systems that exist to help them navigate this world are flawed, overwhelmed, and underfunded. The state should not sanction executions before holding itself to the same standards as its people.

I had worked on a few other death cases that resulted in waivers before my next trial, where I teamed up with Terence Lenamon. In this case, my client took responsibility for his actions and was willing to accept a life plea. The State, however, felt that death was the only just punishment. Although I under stood how to effectively defend against the death penalty, Terry introduced me to a very basic concept that we all have learned and subconsciously implement in trial. Storytelling.

We could have all the most sympathetic lay witnesses in the world, esteemed experts testifying on our clients behalf, and records substantiating mitigation, but if we didn’t have compelling and consistent story our argument for life could fall on deaf ears. The other part of this equation is that in jury selection we had to identify those who would listen.

Myself, mitigation specialist Kate O’Shea, Terry, and his law partner Melissa Ortiz worked hand in hand to discover our client, Josh’s story. Josh had killed his wife Heather with the help of his girlfriend Emilia. They had duct taped her to a chair and asphyxiated her with a plastic bag. In speaking with him, we realized that his motivations for the murder revolved around custody of his two children with Heather. He believed that the man Heather was living with was a child molester. And Emilia, who wanted Josh for herself, realized that Josh was concerned that Heather was putting his children at risk and concocted a plan for Josh to have custody of his children.

We had an integrated defense in Josh’s case. During first phase we conceded that he was guilty of murder. We argued to the jury that although Emilia may have formulated an intent to kill Heather prior to luring her to a trailer in Citra, Florida, Josh was operating under the premise that they were going to get Heather to sign a custody agreement and that things got out of control. We knew that the second degree murder argument would not prevail, but it allowed us to highlight important aspects of his story including relative culpability, remorse, and the level of intent Josh actually had in Heather’s death.

During penalty phase our witnesses established that Josh had a borderline IQ, abused meth for many years, and suffered through years of trauma as a child. His mother, who was 14 when she had her first child, went through a series of abusive marriages. One of her ex-husbands bashed her jaw in and she had to eat through a straw for months. When she was pregnant with Josh, she was beaten and kicked by his father. Although she loved her children, she was ill-prepared to protect them from the men that she was with. Josh, too, loved his children, but was woefully impaired and failed to protect them as well. On direct examination, his mother begged for the jurors to spare her son’s life. It was her final chance to protect him. The jurors voted for a life sentence in his case.

I have since tried three more capital cases to three more life verdicts. In each of these cases my clients’ mothers did the best that they could with the deficits and the opportunities that they had. Sometimes that meant they were pretty terrible mothers. There were also pretty terrible fathers, and grandparents, and teachers, and foster care directors, and mental health professionals. Ultimately, a terrible act committed by my clients. I’m not really sure upon whom the blame should fall or what that even accomplishes. I do know, however, that if the society that wanted to kill my clients put forth as much effort on nurturing them as children as it did in seeking revenge, I would have a much lighter caseload.

TANIA ALAVI is a double Gator who started her career as an Assistant Public Defender before opening Alavi, Bird & Pozzuto P.A., primarily practicing in the 8th and 5th Judicial Circuits. Over the last 10 years she has spent much of her focus on death penalty cases. Since 2007, she has held an adjunct position at the University of Florida Levin College of Law and is field supervisor for its death penalty externship. She serves on the Board of Directors for FACDL and the Florida Capital Resource Center and recently finished her term on the Death Penalty Due Process Committee for the American Bar Association.