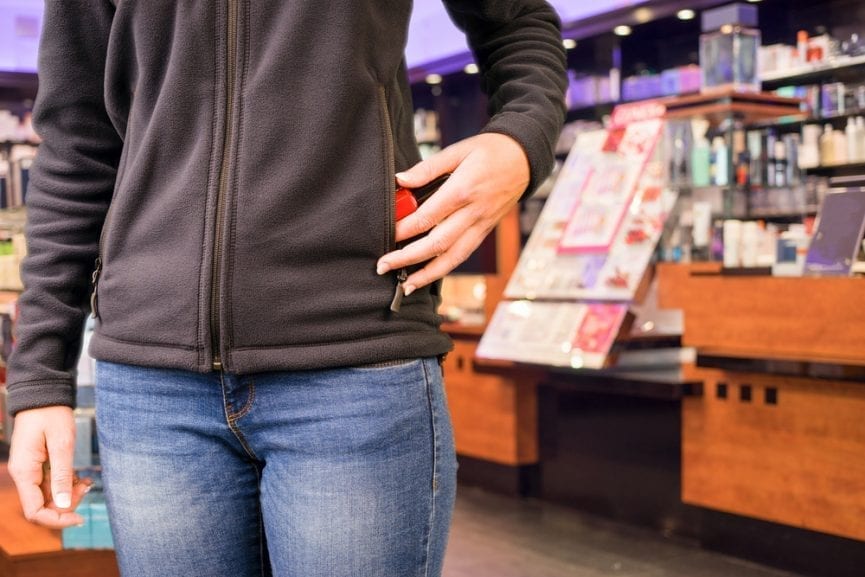 Theft Attorneys Alavi & Pozzuto recognize sometimes, people can be wrongfully accused. We also know that everyone makes mistakes or impulse decisions that should not impact the rest of our lives. You deserve a Florida Theft Lawyer who empathizes with your circumstances while striving to favorably resolve the charges with as little impact to you as possible. Contact us at (352) 732-9191 or email us about your case.

PETIT THEFT, SHOPLIFTING AND RETAIL THEFT CAN AFFECT YOUR LIFE

If you have been charged with shoplifting or theft in Florida, you could face potentially harsh penalties that may affect your reputation and personal life. For example, many employers require an applicant to disclose if they were convicted of retail theft, as the offense is considered a crime of dishonesty. This disclosure must be made even if the offense was a simple misdemeanor, or the amount of the theft is seemingly insignificant.

Additional penalties for shoplifting or retail theft may include jail, fines, driver license suspension, civil penalties and restitution for the amount of the property stolen. Other Florida legal terms commonly associated with retail theft can be petit theft or grand theft. Grand Theft is a felony crime that exposes a person to the possibility of lengthy prison terms.

Retail Theft, more commonly known as Shoplifting, is defined as taking possession of merchandise, property or money with the intent to deprive the merchant of the use, benefit, possession or full retail value of the item under Florida Statute 812.015.

A person can also be charged with Retail Theft if they alter or remove labels or tags, move merchandise from one container to another, or remove a shopping cart from a merchant. It is also unlawful for anyone to possess any countermeasure to an anti-shoplifting or inventory control device.

PUNISHMENT FOR THEFT OR SHOPLIFTING IN FLORIDA

In Florida, the severity of the available punishment for Theft depends on the value of the property alleged to have been stolen.

CAN I BE CHARGED WITH A FELONY AND GO TO PRISON?

Yes. In Florida, if the property alleged to have been stolen is valued at $300 or more, a person can be charged with GRAND THEFT. If you are charged with Grand Theft, your best decision is to discuss your case with an experienced Florida Grand Theft Lawyer who can properly advise you of your options.

OTHER REPERCUSSIONS TO SHOPLIFTING

Anyone found guilty of shoplifting can also face civil penalties under Florida Statute 772.11. Many large retail establishments will collect the personal information of the alleged offender and turn this information over to law firms that act as collection agencies. The law firm will then send a letter to the alleged shoplifter demanding a civil penalty be paid to the retailer. This Civil Penalty Demand Letter will usually demand a fee around $200 be paid within 30 days. If it is not, the letter will usually state the retailer will take further action. This type of suit is for civil proceedings and does not bar criminal prosecution. It is imperative to hire a Retail Theft & Shoplifting Attorney in this situation who is experience with Florida Theft law and who is committed to defending your best interests.

If you have been arrested for shoplifting, the prosecution will usually look for the following types of evidence when prosecuting your case:

A Theft conviction may adversely affect your life now and follow you around in the future. Contact Gainesville & Ocala Criminal Defense Attorneys Alavi & Pozzuto today to discuss your case. We are aggressive trial attorneys with proven courtroom skills and creative negotiators who strive to resolve your case with the least impact on you, your family and your future. Call (352) 732-9191 today.