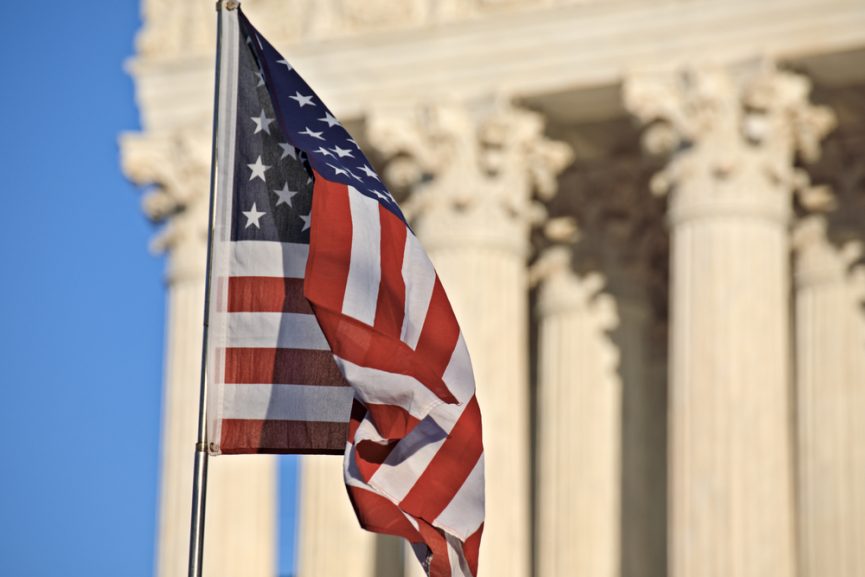 A Nominee Dedicated to Equal Justice Under the Law

In searching for a replacement for retired Justice Stephen G. Breyer in the United States Supreme Court, President Biden has nominated Federal Appellate Judge Ketanji Brown Jackson to serve as an Associate Justice. If confirmed, she will be the first former Public Defender ever appointed as a Supreme Court Justice. In addition, she will become the third African American Justice to serve the Supreme Court.

Judge Ketanji Brown Jackson is an exceptionally qualified nominee with a deep understanding and passion for upholding the Constitution, knowing the profound impact that the law has on the American people’s lives. She appreciates how critical it is for the law to be fair and impartial.

Judge Ketanji Brown Jackson has the experience and qualifications necessary to serve on the Supreme Court and as an impactful Justice. She has a distinguished record as a defense attorney. In that capacity, she represented clients in high-profile Supreme Court cases, including representing detainees at Guantanamo Bay. She also served as Special Counsel to the United States Deputy Attorney General from 2009 to 2011.

As a Public Defender, she has seen the criminal justice system through the eyes of the vulnerable. There has not been a defense attorney in the Supreme Court since Thurgood Marshall died in 1991. An appointment of Ketanji Brown Jackson would help rebalance powers in our nation’s highest court. Her presence would ensure that all perspectives involving fundamental rights are considered. She would bring much-needed diversity to the nation’s highest court.

Bipartisan Support for the Nomination

Her colleagues widely respect Judge Jackson on the bench and across the legal spectrum. Supreme Court nominations are often contentious. However, several Democrats and Republicans have praised Judge Jackson’s nomination. Senate Majority Leader Mitch McConnell (R-KY) called her “an impressive nominee” who is “widely respected by her colleagues.” Supreme Court Justice Elena Kagan has described Judge Jackson as “a brilliant lawyer with superb judgment, who crafts rigorous legal arguments and is unfailingly respectful of her opponents and the court.”

Despite this, Judge Ketanji Brown Jackson’s nomination does face opposition from some Republicans. After her nomination, Senator Lindsay Graham (R- South Carolina) stated that the “radical left” had won. Some Republican senators have stated they will oppose her nomination because Judge Jackson is considered a progressive nominee, and conservative justices currently dominate the Supreme Court.

At The AP Law Group, we believe in fundamental constitutional rights. Every person accused of criminal conduct is entitled to quality legal counsel and a meticulous defense. As criminal defense attorneys, our role is to serve as a defendant’s legal guide, protector, and confidant. We look forward to having a United States Supreme Court Justice who shares our perspective and advocates for those in need.

Contact The AP Law Group if you need criminal defense legal services. We represent clients accused of misdemeanor and felony crimes in Florida State and Federal courts. Call to schedule a confidential, free consultation at our Ocala or Gainesville, Florida office at (352)732-9191.